A pious boy joins a compatriot teacher in Valleluce.

Saint Bartholomew, known as “the Younger”, was born around 980-981 in Rossano Calabro in an aristocratic family originally from Constantinople with the name of Basil. Deeply attracted to monastic life since childhood, at the age of seven he was entrusted by his parents to the Byzantine monks of the Monastery of Saint John Calabytes in Coloveto where he was educated. Immediately consecrated to the Virgin, in a short time he grew extraordinarily in grace and in virtue1-2. Eager for a higher asceticism, at the age of twelve he decided to embark on a long journey first to Rome and then to the Land of Saint Benedict, unbeknownst to his acquaintances, in order to meet the most famous and admired spiritual guide from Rossano, Saint Nilus, who was living at that time in the Monastery of Valleluce1-2. 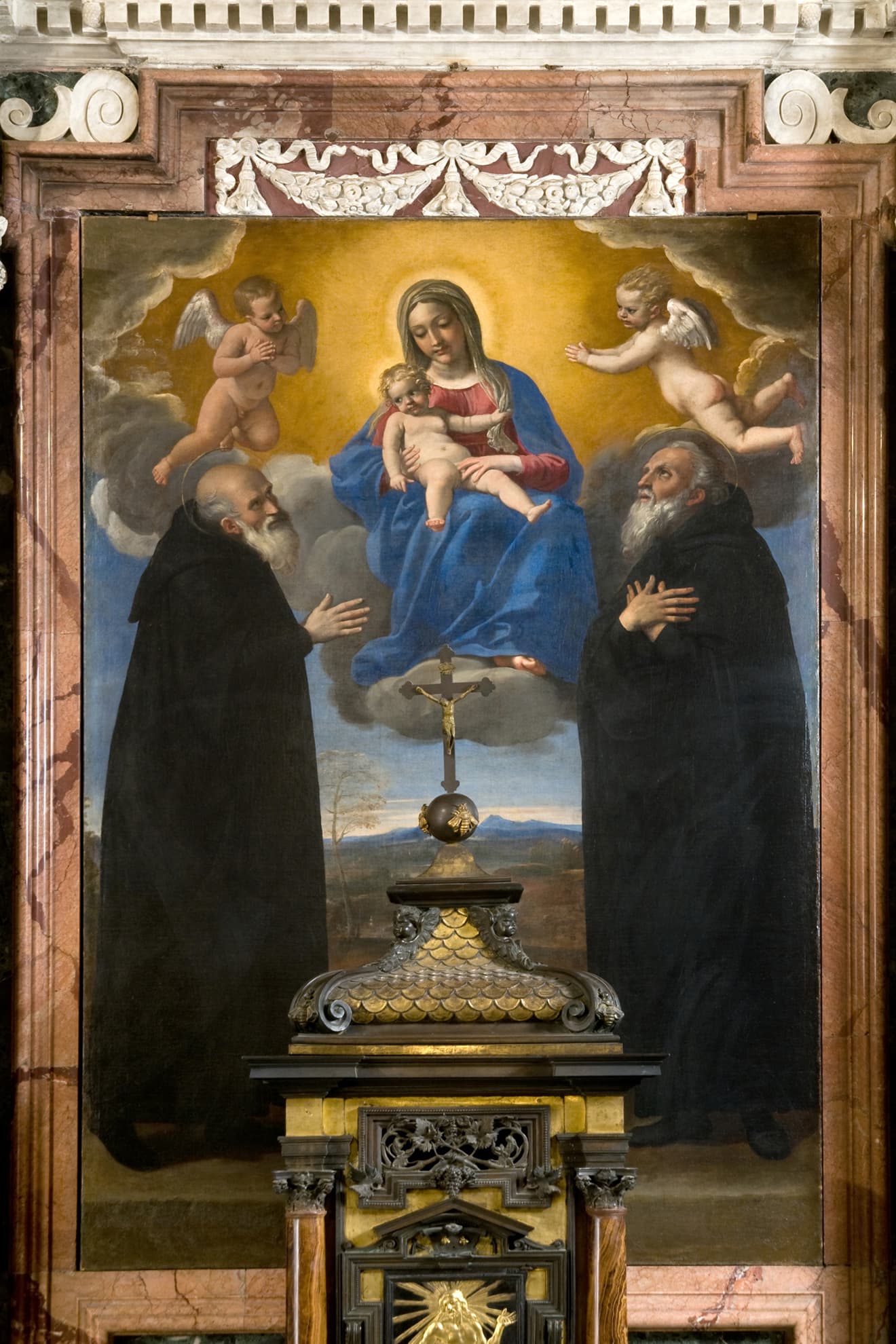 In 992, he finally reached the Monastery of Sant'Angelo, where he was warmly welcomed by Nilus who immediately grow fond of him and took him among his followers1-2. Right here, in 993, the archimandrite dressed him in the monastic habit and imposed on him the name of Bartholomew in the dressing ceremony. He dedicated himself to amanuensis and to the writing of hymns3, he also accompanied the holy master on his travels to complex of the Saviour in San Germano and to the courts of the Principality of Capua. In addition, he retired in prayer at the Hermitage located on Mount Cifalco where he remained for about a year4. 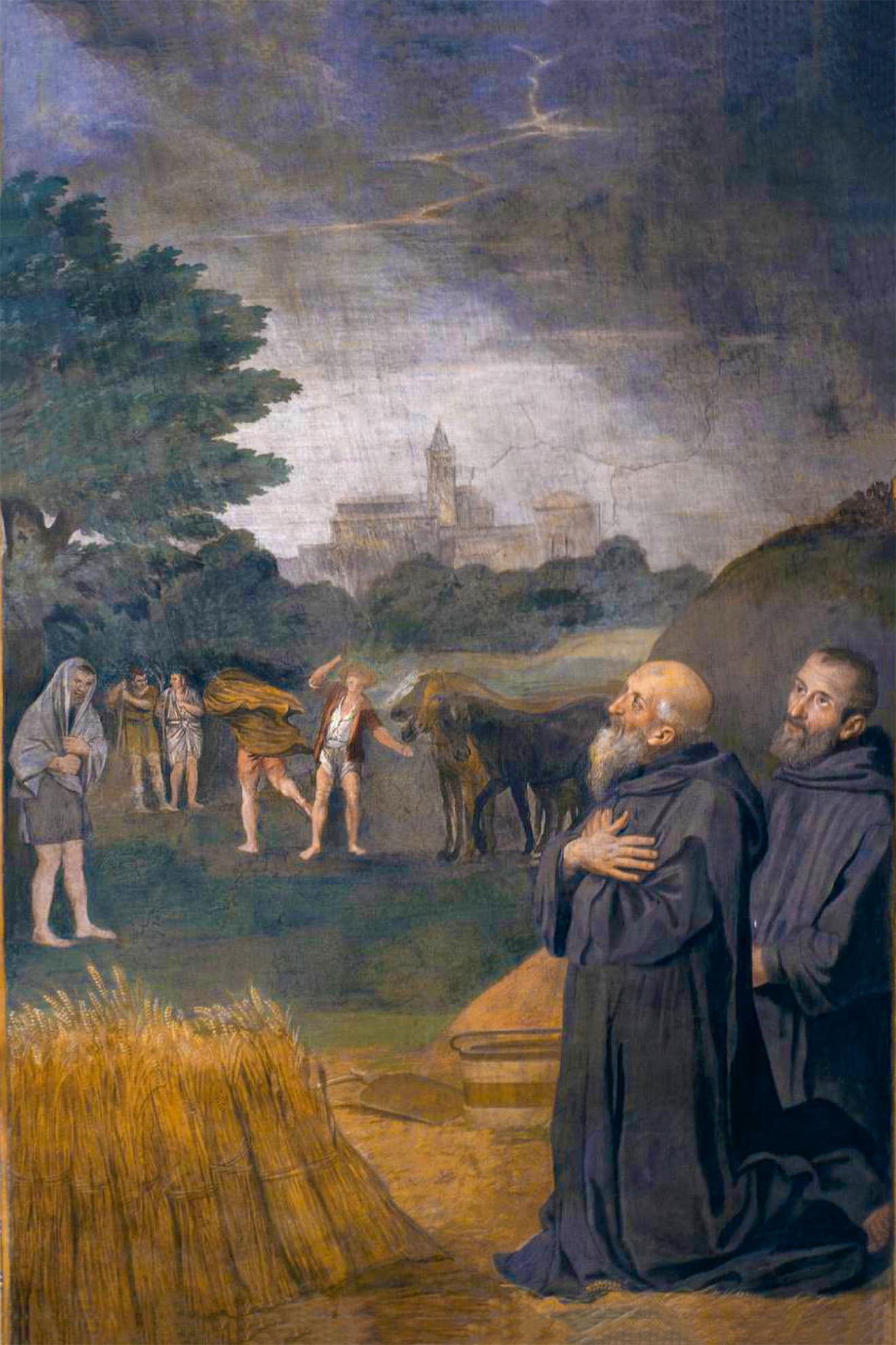 After about two years, following the spiritual decline that invested the Monastery of Valleluce, Bartholomew followed the master Nilus on his way to Rome, passing through Serperi and the Monastery of Saint Agatha in Tuscolo. After having obtained from Count Gregorio an ancient Roman villa in the Tuscolani Hills, Nilus founded the Monastery of Saint Mary of Grottaferrata, helped by Bartholomew who completed its construction on December 17, 1024 after his death on September 26, 1004. After becoming the heir to the Nilian Basilian Order, Bartholomew carried on the work of his master with numerous and prodigious enterprises. He was elected fourth hegumen by his brothers, he became the most renowned hymnographer of the 10th century, he wrote the biography of the holy father Nilus and the Rule of the Abbey of Grottaferrata, the “Typikon” (1025)1-2.

Picture: Commemorative bronze slab of the Millennial of Saint Bartholomew, located on Mount Cifalco near the Hermitage. 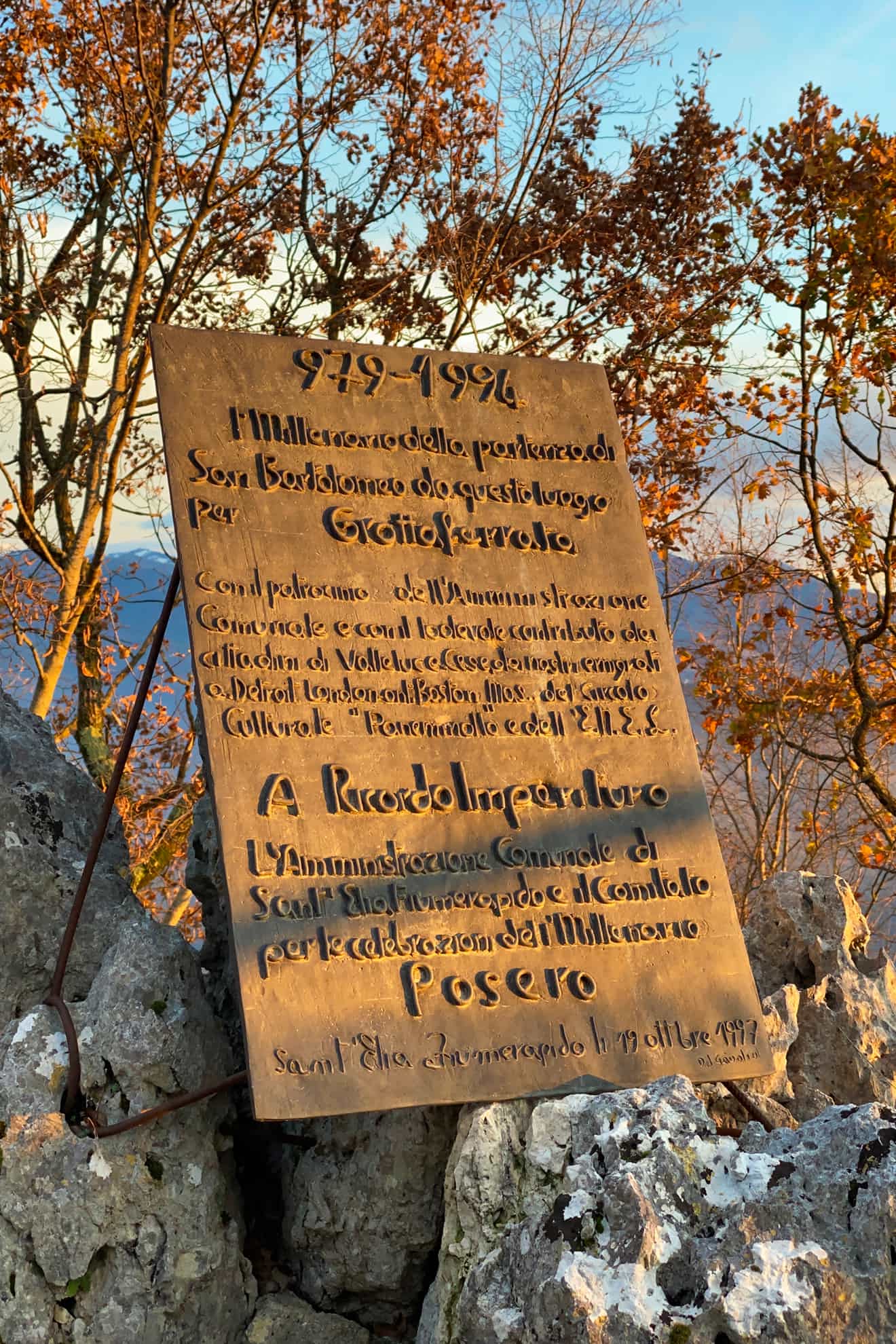