The first signs of civilization appear in the valley of Mount Cifalco.

After finally defeating the Samnites on the banks of the Rapido river in 293 BC, the Romans definitively occupied the Cassinate valley and founded in 272 BC the city of Casinum1, which reached its most flourishing period in the 1st century AD. In that period, the Pagus Vallis Luci was established in the valley of Mount Cifalco, a territorial division placed beyond the borders of Casinum which, unlike the municipalities or the Roman colonies, had no civil rights2-3. On the inside there were various vici, which were little districts with terrains. One of them was inhabited by the Magister, the administrator of the Pagus, who was a member of the Roman patricians4.

Picture: Stoup of Church of Valleluce, made out from Roman marble fragments. 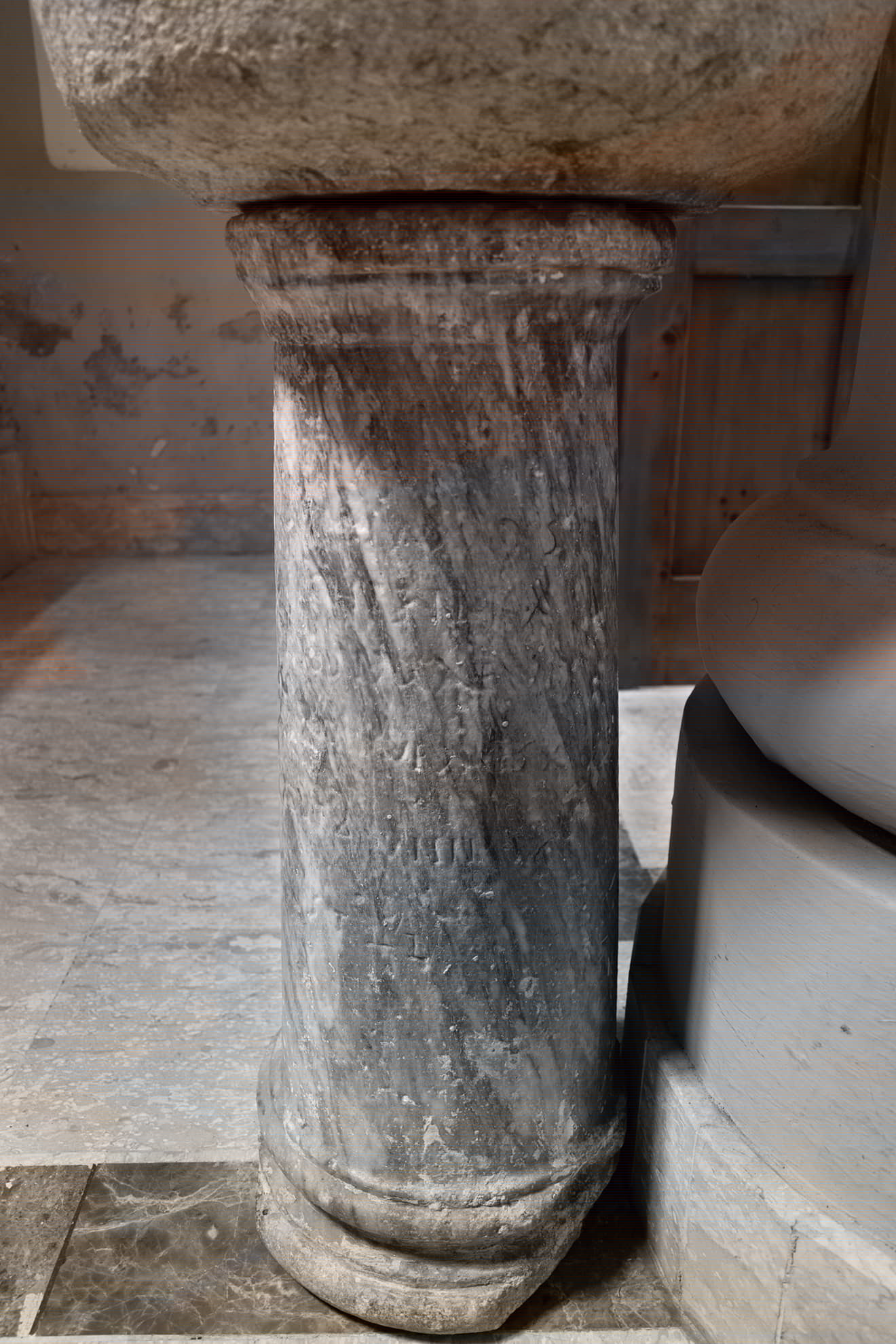 The Pagus Vallis Luci was marked by the presence of the lucus, the sacred grove dedicated to the pagan divinities, in which the Romans celebrated festivals and offered sacrifices5. In fact, a large stone block that is thought to be part of a sacrificial altar was found in Valleluce. It is believed that in the same century, the writer of tragedies and suffectus consul Publius Pomponius Secundus6, together with his gens, had his villa built in the Pagus Vallis Luci, as the Roman epigraph located in Via Cifalco seems to testify7. Among the other finds that have been brought to light in the past, there are also: a granite column trunk, a capital, an amphora and two coins. One of these two, found in the excavations of Piazza San Nilo, dates back to the 2nd century AD and has an effigy of Faustina Minor.