The true fervors of the village.

The Panemmollo Festival is a traditional event that falls every year, since 1990, on the first Sunday of August. In the morning of this day, the members of the Cultural Association “Il Panemmollo” meet in the Elderly Center to prepare the typical dish of Valleluce in all its varieties, to serve it the following night in Piazza San Nilo. The Panemmollo is carried in a cortège composed by women and children dressed up with the traditional costumes, who bring the baskets on their heads in old manner. Together with this event, it is celebrated the Emigrant Festival with an exhibition of old photographs of the expatriates of the last century, in Via Fontana. In the past around this festival other interesting initiatives have been organised, such as the Popular Games which involved and entertained a large number of people. 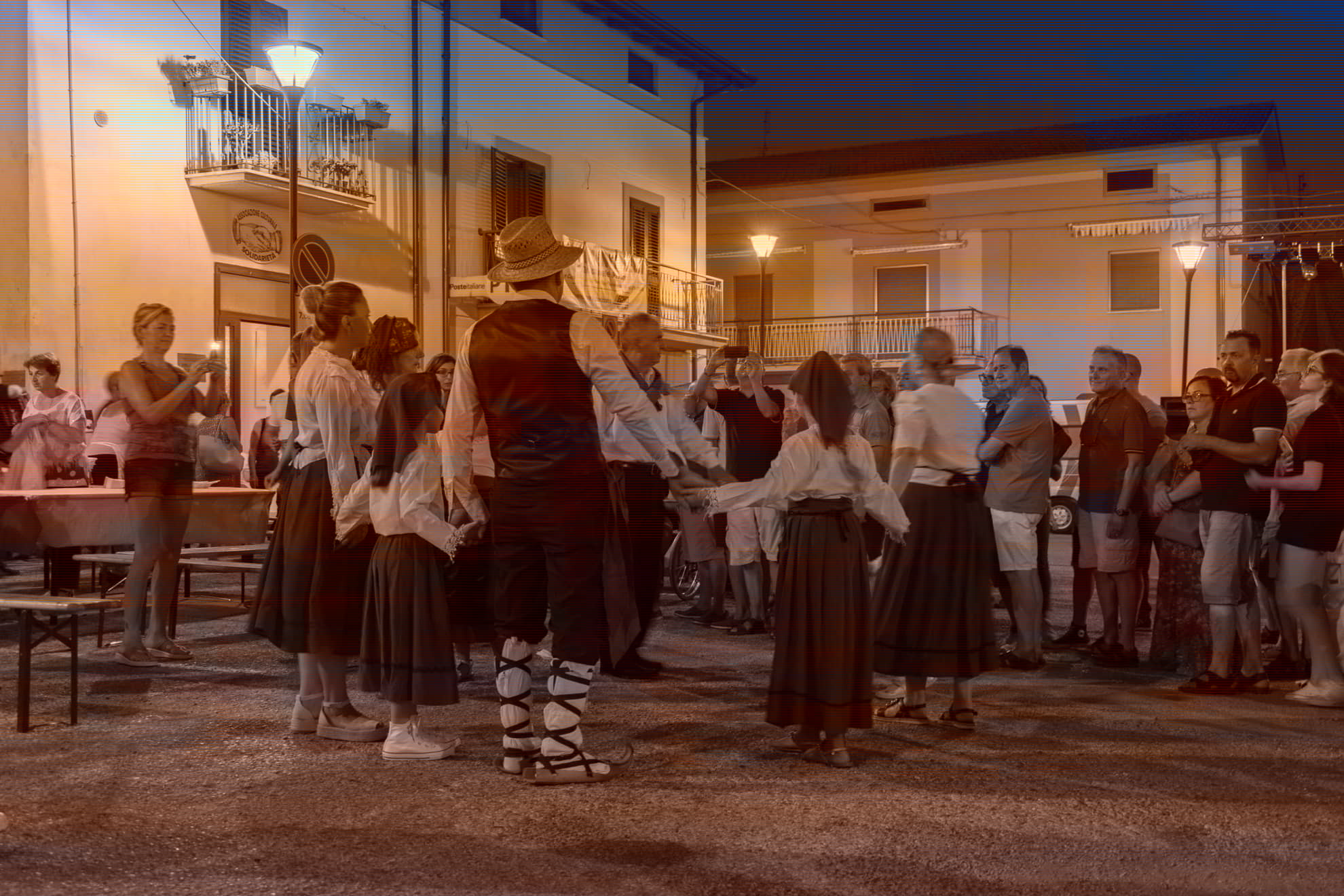 The exhibition of the “Nativity Scenes” is a traditional event that occurs every year in the Christmas period. Every year people, families, associations, groups and scholastic institutes are invited to participate in the event. Each participant elaborates their Nativity Scene depending on their own ability, fantasy and creativity with different materials and various techniques. Lastly the final works are arranged in the old cellars, stables, olive oil mills, dwellings and especially in the old bread ovens scattered along the alleys of Valleluce, which are decorated with Christmas decorations. Christmas holidays are absolutely the best period where the village obtains the most suggestive appearance in the whole year. 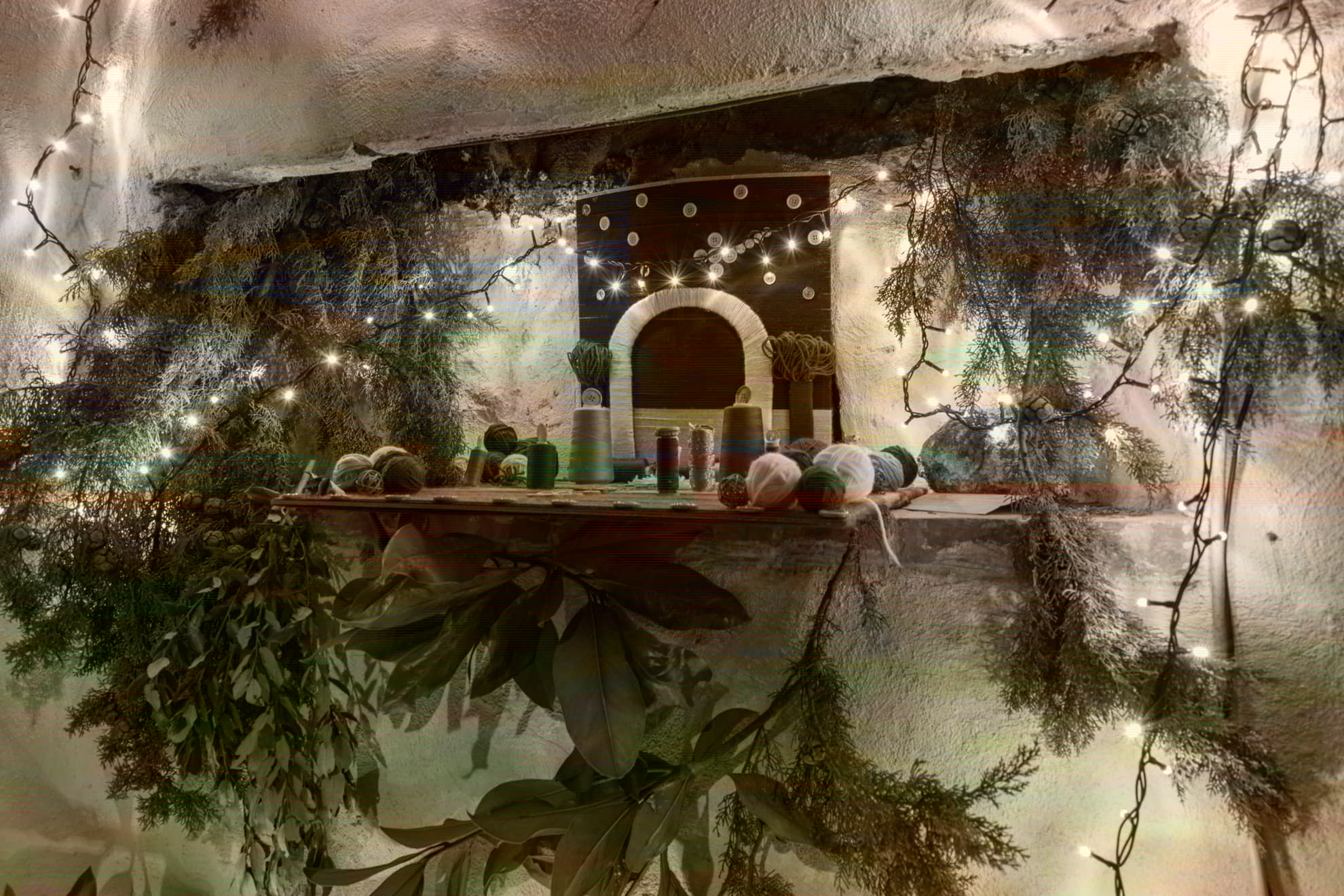 Once Carnival in Valleluce was celebrated in an absolute unique way. During the last Sunday of Carnival in fact, they used to do the parade of The Twelve Months, which is the representation in the form of a cortège of the homonymous composition of rhyming verses. The parade was mainly composed by twelve people, who all sing a verse of the song; and they’re all dressed up so they can represent the assigned month. The cortège then was followed by musicians who played folkloristic instruments for the singers, spectators and masked children. On February 26, 2017 though, thanks to the Cultural Association “Vagliù”, this ancient custom was repurposed and appreciated again. In the same season, Palluott, the traditional Carnival game, is still played today. It consists of two teams that face each other in throwing as far as possible a wooden disk rolled up with a string, so that it goes through a series of limits marked with different lines to obtain points. 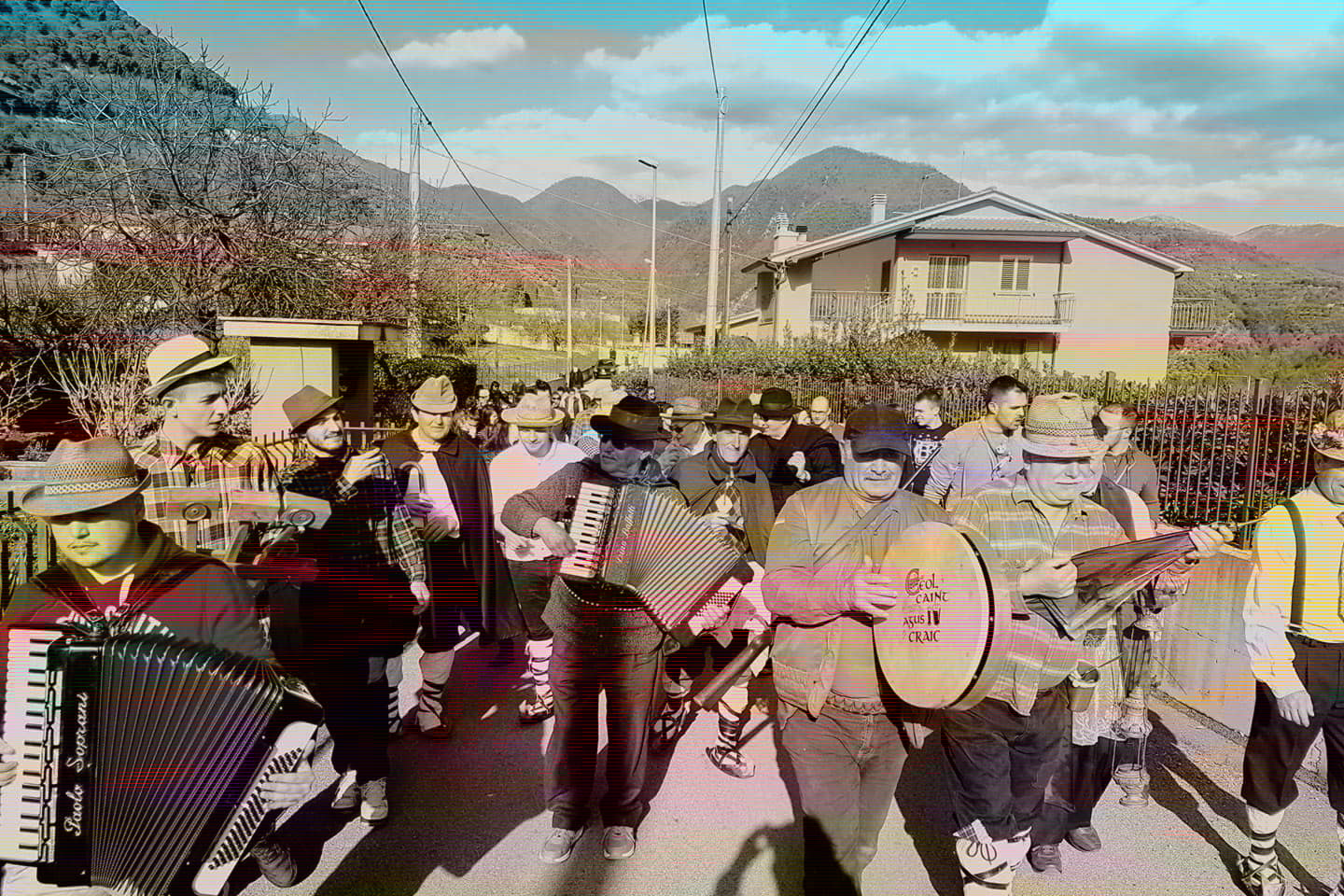 The principal religious festivals are Particularly cherished by the citizens of Valleluce, in which they have always participated actively, especially in the Good Friday procession and in the Patron Saint’s procession. There’s a custom in Valleluce that during the Good Friday procession the statues of Our Lady of Sorrows and Dead Jesus proceed on two different paths, then rejoin in front of the cemetery and then reenter the Church. For this occasion long torches made of straw are prepared and lit up to accompany the sacred images along the path that is almost totally dark. It is also still used today the “andreccula”, a wooden board with a metal handle screwed on each side which produces a loud and violent noise when shaken. The aim of this instrument is to substitute the festive sound of the bells which, as expected liturgically, cannot be chimed on Good Friday. 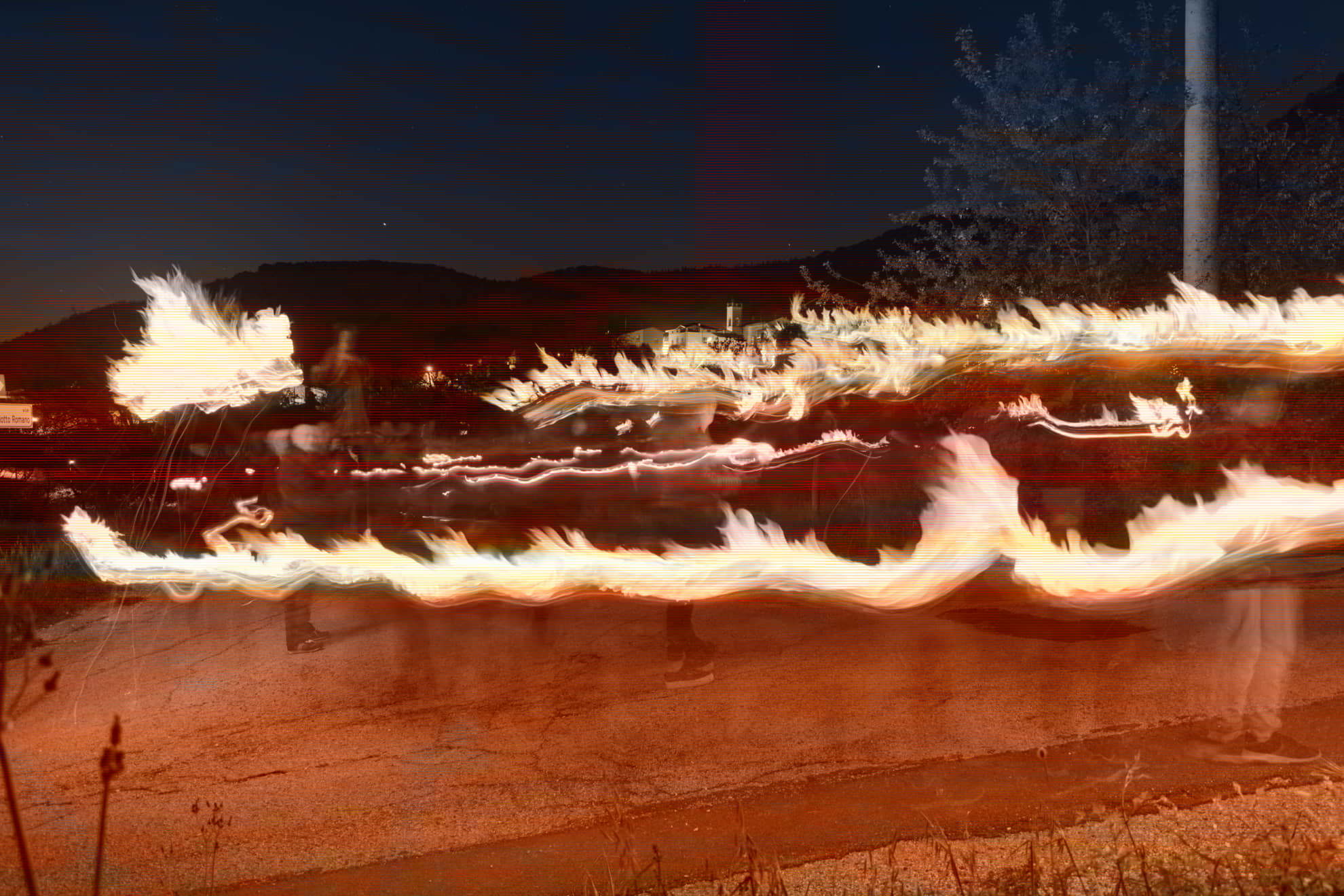